Over the past ten years, the number of licensed retaining wall contractors is up eight percent, which is a very slight increase by industry norms. A fairly boring statistic. But what is interesting, in that same time period, there has been over a ten-fold increase in the number of contractors who build retaining walls from sideline industries; such as general construction or landscaping.

Sadly, most property owners whose retaining wall failed, explained that a salesman had sold them on the virtue of a low-price based on the premise that engineering and permitting was unnecessary. 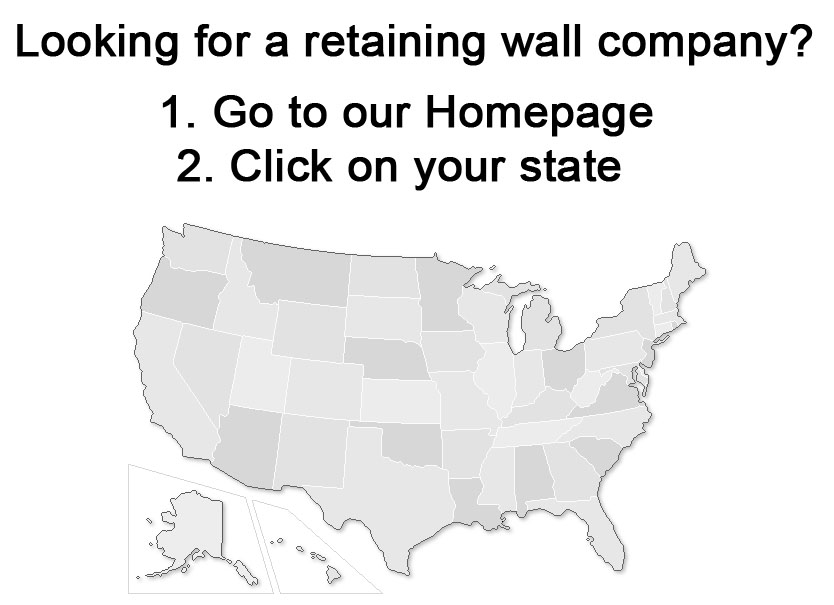 Later, a two or three man crew appeared and built the wall. When the property owners sought to contact the contractor after the wall failed, the company no longer had a valid number. In some cases, the builder had a “collapsible corporation” which had been dissolved along with any liability.

When hiring a contractor to build a retaining wall over three feet tall, you want to know that they are a licensed retaining wall professional with at least ten years of experience building walls. Be sure to meet their project manager who should be your liaison and remain active throughout the entire construction process. You should also meet their engineer who will create the plan for the wall. Be sure to review the paperwork and building permit. The permit and engineering plan should always be clearly visible from the street in a weatherproof permit box. It is also advisable to be present when the county or city inspectors come to check the stages of progress.

While increased competition and depressed economic conditions have forced most contractors to provide a free estimate, don’t automatically reject those who place a value on their time and the effort necessary to create a detailed and informative proposal. Twenty-five to fifty dollars is a small price to pay for a professional who will take the time to explain the strategy required to achieve a long-term solution. And should you employ that contractor, the cost of the estimate is usually deducted from the price of building the wall.

As with hiring anyone to do work on your property, use your common sense and gut instinct. Check everyone’s licensure, insurance paperwork and references; you may be shocked at what you learn from people with whom they have done business. Even though it is not always accurate, check them out online, be sure to look at any reviews they may have.